Racism is as old as time, as are abuses of power, inequality, stratification of societies and the general notion of injustice.

Each revolution brought with it a distinct ‘before’ and ‘after’. The change involved in getting from the ‘before’ to the ‘after’ was usually prolonged, painful and generational. The fall of Rome ushered in a thousand years of darkness in Europe, the fall of Constantinople, on the other hand opened the flood gates of knowledge that led to the European Renaissance.

The Industrial Revolution saw the rise of worker’s rights, unions and labour agreements. In fact, most of the conditions we consider normal in our every day working lives, such as paid holiday and sick leave, overtime pay, the right to strike, regulated working hours and conditions as well as worker safety were hard fought for and painfully gained over decades of struggle.

What we have witnessed in recent times is an increase in the instances of change, each decade, each year, and then each month change was the only certainty. Technology is rushing us along the path of our accelerated history. Moore’s law seems to be limping behind.

Now this change is upon on us on an almost daily basis.

So, what? What have Racism and Revolution to do with accelerated technological change?

There are two fundamental issues we are facing presently. The institutionalized racism towards indigenous peoples (The First Nations of the Americas, the Aboriginals of Australia, the African nations and tribes long traumatized by colonial rule and many more) as well as the institutionalized racism against the imported slave labour in many countries but specifically in the Americas.

The levels of brutality, inequality and despair are beyond the understanding of anyone who has not experienced it. The murder (systematic – some might say) of these minorities is as plain a fact as the gravitational pull of the moon that causes our tides. It is not new.

What is new is that for the first time we witnessed the perfect storm of technological enablement, opportunity and atrocity. Our bandwidth speeds, the all-pervasive devices – video and audio enabled, the legion of social media platforms and streaming services, our very ‘connectedness’ have made us witnesses to murder most foul.

And crucially, we have a population that is technologically aware. Soon there will be nobody left who remembers not being connected. It is changing the very fabric of our human interactions.

No longer was it part of a news report or a statistic quoted in some paper or droned on about by some professors or social commentators. No, this was visceral, this was unprecedented. We watched the murder of a human being as it unfolded. There was no filter, just the raw reality.

We watched it and we did not understand why George Floyd had to die. We watched it but could not do anything. Some might have thought what if this was me or someone I love? The bystanders made us all eye-witnesses. Technology made us face the ugly underbelly of reality. We could no longer hide behind ‘I did not know’ or ‘I did not realise…” – we saw a man, suffocating, calling for his mother. He is now Anyman.

This is not the first time it happened, and I am certain that much worse things have happened, even in recent history. But it is the first time that so many of us were there. Our technological age will, no matter what else it may bring, usher in the answer to the age-old question of ‘Quis custodiet ipsos custodes?’ – Who watches the watchers? We all do.

Our revolution is a revolution of social change, enabled by our technology, not a single piece of technology but the ecosystem of technology we created. Individuals are being held accountable, senior figures resign in disgrace or protest, entire institutions are being dismantled.

All because we have the bandwidth, devices, protocols, social media platforms, cloud computing infrastructures and ability to be almost everywhere at once.

We must be wary of how to deploy our technology lest we mindlessly move like a great organism, individuals nothing but cells in this great behemoth. We must remain moral and ethical human beings. We must continue to reason and seek the right answers. Too easily can one be swept up in the Mob. This too technology enables – anonymity and the abdication of individual responsibility.

We must act responsibly and wisely. If we can I do not know.

Five men in a blender

In the city of Bree

Were returned to sender

On a fine day in May

in the midst of Sprey

there stood a gnome

and was busy making hay

The masonry work is simply superb

I am in Delhi at the moment and have a driver who takes me to and from the office.

He says there are three things you need to drive in Delhi.

I can attest to the veracity of this statement. It is astonishing that the entire population of Delhi has not been killed in traffic accidents yet.

Whatever forces or system are at play – it seems to work, defying all logic and sense.

San Fran, New Orleans, Singapore, India…and then of course the travel we do for fun. Singapore, Hong Kong, Xian, Phuket.

But let’s focus on work related travel. It sucks, mostly. Simply because you work a lot more when you are away from home. There just isn’t anything else to do, and even if there was, you rather check one more email, write one more instruction or whatever else you do for a crust.

It also sours countries for you. I love Singapore. I really do. Working there can be likened to entering somewhere between the eighth and ninth circle of hell – Treachery and Fraud – if you follow Dante.

Anyway, it is a very different experience that one has.

Most work related travel is also superfluous – Do we really need to go places in person for work these days? Really? What about video conferencing, instant messaging, Online collaboration and virtual encounters?

Right now I am in India, for the first time – and it is for work.

Sad, but that’s where we are now.

How do you feel about work travel? Like it? Hate it? Meh…?

(PS Why is everybody beeping here all the time???)

Hong Kong is crowded – period. It is also amazing, Bladerunneresque, diverse, full of intense flavours and smells, not all of them pleasant, and busy – everybody is rushing. Somewhere.

The one clean spot, affording fresh air was Kowloon Park. A true oasis in a concrete jungle, even more so than Central Parn in New York or Hyde Park in London.

I will go back, simply because even though we did our best to experience all, we only scratched the surface in five days.

The Peak, The Buddha, The Harbour and so much more…

Take your time to explore Hong Kong, walk it, taste it, smell it and let it wash over you. People are everywhere…so many people…

Look at the pics we took and feel transported, as I was transformed by being there. 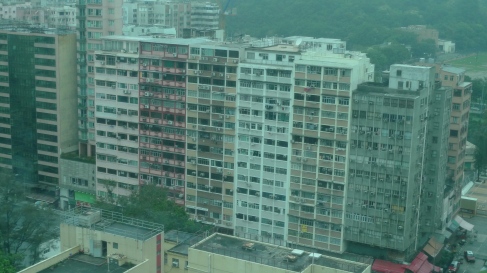 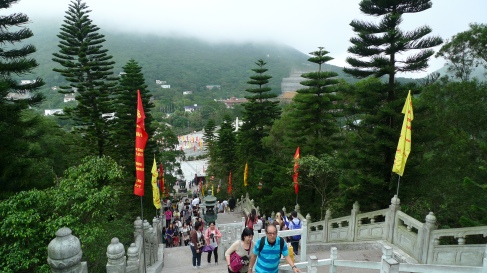 It has been said I do not really fit a mould - that is probably true. Come and find me on youtube. Shiny Side Out (with Dave)